Function and purpose of a HEAT SINK

The materials used are:

How a HEAT SINK works - Heat transfer and types of convection

Transmission of heat from a heat source (e.g. the junction of a semiconductor) via the heatsink into the surrounding medium takes place in four successive steps:

Thermal resistance and thermal equivalent circuit of a HEAT SINK

Thermal resistance and thermal equivalent circuit as instruments for defining the need for, selecting and comparing heatsinks

Thermal resistance is defined as the degree of temperature increase resulting from a power input and is used as a measure for determining and comparing the heat transfer capacity of heatsinks.

Thermal resistance is expressed in K/W (kelvin/watt). The heatsink and the semiconductor form a single functional unit which can be portrayed graphically as a thermal equivalent circuit in the same way as with Ohm‘s Law for an electrical circuit:

Any heatsink with a lower thermal resistance than the one calculated by this formula will be suitable for the relevant application.

All the measurements quoted in the catalogue were obtained in ALUTRONIC´S laboratories under the following conditions:

The measurements are stated as temperature increases resulting from power input for different profile lengths. The thermal resistance for the relevant power input is calculated and summarised in an adjoining table.

These tables demonstrate how the thermal resistance depends on the level of power input and the length of the section and make it possible to predict, for example, from what length it would make sense to use a given cooling profile. also shown are surface area a, volume V and weight in grams for each heatsink length.

Close attention must be paid to the question of thermal contact between the semiconductor casing and the surface of the heatsink. it is influenced by surface quality (peak-to-valley height) and flatness, contact pressure and insulation and filling materials used.

Peak-to-valley height varies from RZ = 2.5 to 4.0 for unprocessed extruded profiles and RZ ?1.5 for faced surfaces. The flatness variance of a 100 x 100 mm surface ranges from 0.5 to 1.0 mm for unprocessed extruded profiles to Din and 0.1 mm or better for faced surfaces. air pockets (sink holes) between the adjacent surface can be filled with heatsink compound. This reduces heat transfer resistance (RthGK). The compound should be applied as thinly as possible in order to avoid the formation of air bubbles. Newer materials now in use are heated under pressure to above their melting point. This fills the tiniest cavities and allows any trapped air to escape.

There are also models with electrically conductive and insulating carrier foils. Conventional screw mountings are nowadays being increasingly replaced by inexpensive clip mountings with the clip nut already inserted in the profile. These are quick to mount and the contact pressure is applied at the right point on the semiconductor.

The influence of a heatsink´s radiation component (black surface) on its thermal resistance is frequently miscalculated because there is no general rule to allow for this. Heat is radiated mainly from the outer surfaces of a finned heatsink because the spaces between the fins are normally too narrow to permit radiant heat to escape and heat exchange by radiation consequently takes place only between the surface of the opposing fins. The radiation component does not therefore increase in direct proportion to the area available for heat convection. The percentage of radiation in total heat transfer is substantially higher from a flat cooling surface than a fully finned heatsink. Most commercially available heatsinks are designed for heat transfer by convection and not by radiation. The share taken by radiation is highly temperature dependent and increases by the fourth power as temperature rises. if the surface temperature is kept low, for example by forced ventilation, radiation transfer is negligible because the heat is constantly being transported away.

The anodised layer is more likely to have an adverse effect on transfer resistance because it has a thermal insulating effect. in cases where forced ventilation is installed, especially when it has a strong air flow, an untreated or chromated heatsink is most suitable. A black heatsink can also absorb more radiation from the environment. Consequently, if there are any components in the vicinity with a fairly large radiating surface which could attain higher temperatures than the heatsink itself, the effect can be reversed and the heatsink heated up from these sources (radiation exchange). A black anodised heatsink is generally most suitable from the technical point of view:

Protection against surface damage is obviously important as well. A chromated surface retains its electrical conductivity and also provides surface protection. This feature is particularly important in situations where casings or casing components must comply with EMV requirements.

From free (natural) convection to forced convection (by forced ventilation) 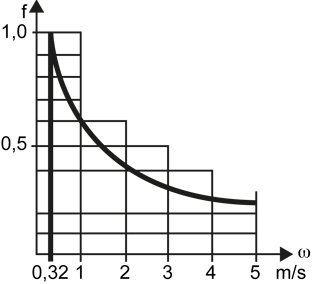 One of the aids now available for optimising the design of heatsinks and entire cooling systems is thermographic computer simulation. This software is so sophisticated that optimal technical solutions can be developed and produced rapidly even for the most complex specifications required by individual customers. ALUTRONIC offers its services to customers seeking this type of solution.

All of the information given so far applies only to steady-state operation. Thermal capacity and running time are the two main factors that can temporarily affect the behaviour of heatsinks. sudden high loads (e.g. when a car or a lift starts to move) can quickly generate large amounts of heat that have to be stored somewhere temporarily. This calls for high thermal capacities and as low a thermal resistance as possible. This problem is solved by the use of either an aluminium or copper block or a heatpipe.

Thermal transmission resulting from changes in the state of the aggregate is a special type of convection. One example of this is the heatpipe, a closed tube containing a liquid (e.g. water) which is evaporated at one end and condensed at the other. The liquid is returned by capillary flow through either a mesh network or a system of internal fins within the pipe which transports the heat of evaporation. This is a much more efficient way of transmitting heat than by conduction through a solid. A heatpipe can only operate within a specific temperature range and has to be specially designed for a given application. Heatpipes are not a substitute for heatsinks. They are used to transmit heat and to improve a system‘s dynamic properties by better heat distribution. They are ideal: